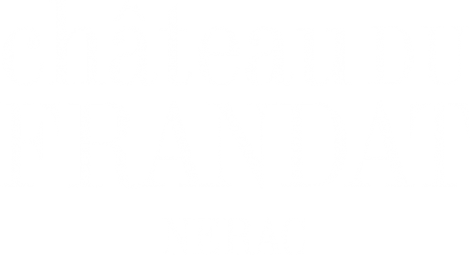 Do you have legal age to drink alcool in your country ?

"We took charge of the family vineyard in 2008. Our sustainable farming practices mean that we get high-quality grapes that express the best of our terroir. As independent growers, we control every stage of the process, from looking after the vines to marketing the wines. We grow the grapes, pick them, make the wine, age it and bottle it at the property, and this is the product that we are proud to offer you. With four hearts in the Guide Hachette des Vins over the last ten years, and numerous articles in the press, we are seen as a cornerstone of the Buzet appellation. "

The story of Château du Frandat

Château du Frandat dates back to the period of the Merovingian dynasty, the Kings and Queens of the Franks. The name 'Frandat' comes from the latin franco datus, meaning 'given in franchise'. The estate was burnt down (not for the last time) in 1342, and the château in its present form dates from 1540. In 1623, it became the property of Pierre Le Venier, President of the Chamber of Accounts of Navarre in Nérac; in 1652 it was looted and again burnt down, although only partially this time. These events took place during the Princes' Revolt under Louis XIV. Still, the Le Venier family remained owners of the château, and began to restore it in the 1700s. In 1722, in an inventory of Auguste de Le Venier's property, we find the first references to vines; and in 1795, when there was a valuation of the estate, we find the first reference to a winery.

The rich history of Château du Frandat continues with the French Revolution, when it was confiscated and auctioned off to Joseph Duroy. In the second half of the nineteenth century, the estate was still producing wine and became the property of Louis Sibrac, a Bordeaux wine merchant. The wine was made on site in Nérac.

Between 1880 and 1980, the estate had a dozen different owners, most notably Jean-Louis Sibrac, who made further changes to the château. He successfully marketed the wine of Frandat and his other estates across France.

In 1980, Patrice and Sabine Sterlin bought the property. By that point, the winery had not been used for many years, with the grapes being delivered to the local co-operative. In 1989 they decided to go down the independent route and make the wine themselves.

And so, in the 1990s, major investments were made. A new winery was built with temperature-controlled stainless steel tanks and a cellar for ageing the wine in barrel. Patrice and Sabine's daughter Laetitia and her husband Mickaël Le Biavant have been in charge since 2008. The continue to benefit from the expertise and excellent reputation of Patrice Sterlin.

Wine has been made here for over 300 years. The location is ideal, being situated not only in the Buzet appellation, but also in the Floc de Gascogne and Armagnac appellations.

Two hectares of Colombard and Ugni Blanc are used to make the white wine that is then distilled into Armagnac and aged for a long, long time in the cellars.

We also have six hectares of 'Prune d'Ente' plums that are dried, becoming Agen prunes.